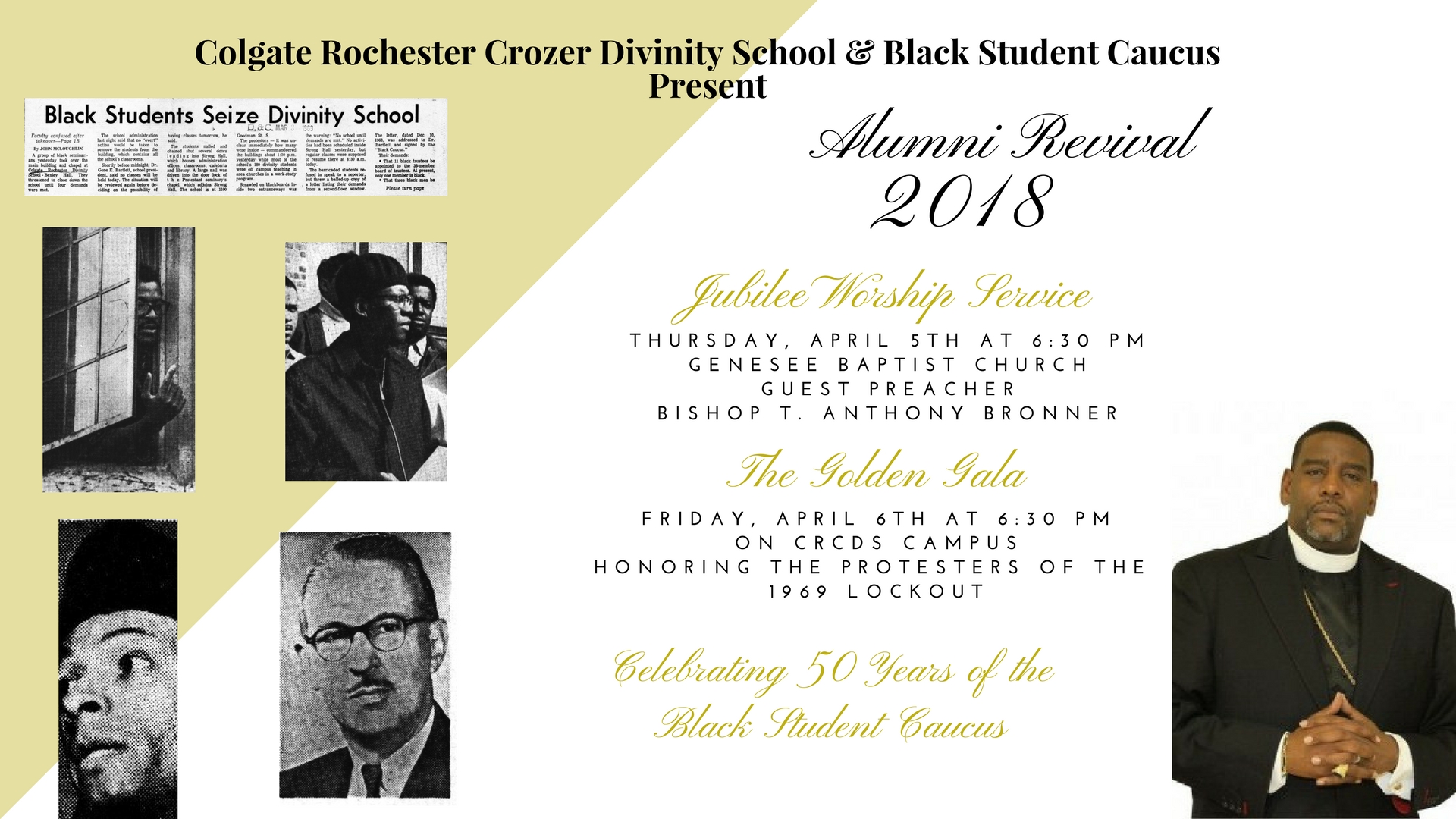 DAMOND WILSON
The Black Student Caucus of Colgate Rochester Crozer Divinity School has turned fifty years old and has chosen to celebrate in a memorable way!
The Black Student Caucus is a student organization founded in 1967 by black clergy, who were desiring to make a greater impact on the Rochester community
This organization hosted numerous events and were an active participant in the civil rights movement of the 1960’s. The organization is most known for its orchestration of the “lockout” which took place in March of 1969.
Immediately following the assassination of civil rights leader and notable alum Martin Luther King Jr., the group decided that the representation of African-Americans among faculty, staff, and board members was insufficient and concerns dealing with the black church were not adequately accommodated.
Although the school instituted incremental changes, the Black Student Caucus felt, the school was dragging its feet. So, on March 1, 1969, the Black Student Caucus occupied Strong Hall, which is the main building on campus, and locked all the doors preventing anyone from entering.
The sit-in caught nation headlines and created mixed emotions among the Rochester residents. The sit-in lasted seventeen days which were filled with numerous meetings between the group and the administration of the school.
Eventually, a comprise was reached that resulted in three African-American faculty positions and six African-American board members.
Ultimately, the confrontation led to the creation of the first black church studies program in the nation that was created and chaired by Rev. Dr. Henry Mitchell
This April, the Black Student Caucus will be officially celebrating fifty years during its annual Alumni Revival.
On April 5th from 6:30 to 8:00 pm, the Black Student Caucus will conduct a “Jubilee Worship Service” at Genesee Baptist Church where alum Rev. Dr. Vera E. Miller is host pastor.
The special guests for the evening include, guest preacher alum Bishop T. Anthony Bronner of Elim Christian Fellowship located in Buffalo, NY and The Zion Hill Mass Choir of Zion Hill Missionary Baptist Church, where alum Rev. Dr. Richard Douglass is senior pastor.
In addition, On April 6th from 6:30 to 9:00 pm, that Black Student Caucus will host “The Golden Gala” at Colgate Rochester Crozer Divinity School to commemorate the life and service of the protesters of the 1969 Lockout.
They have invited back the surviving members of the historical standoff and have prepared a formal event to celebrate fifty years of the organizations existence.
The evening will be filled with good music, food, and fellowship.
Tickets are $50 for one and $90 for two and are available to the public.
Tickets can be purchased either online at (eventbrite.com/e/the-golden-gala-tickets-42819482224), in person, or by mail (1100 S. Goodman St, Rochester, NY 14620) with checks or money orders made out to “Black Student Caucus.”
More Stories Like This 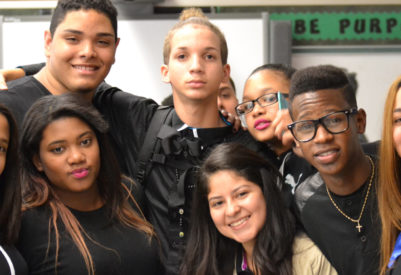 
The Rochester City School District is pleased to announce the opening of a new grade 1-12 Bilingual Language and Literacy Academy for the Sprin...


Southwest Tribune: What is your reaction and words regarding the criminal trial’s verdict for George Floyd? And how do you think it might refor... 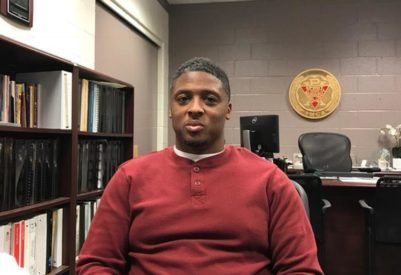 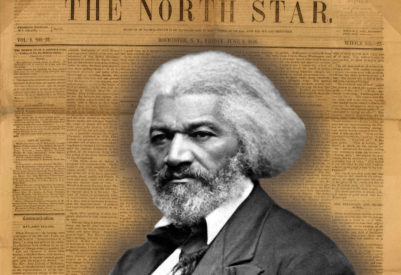