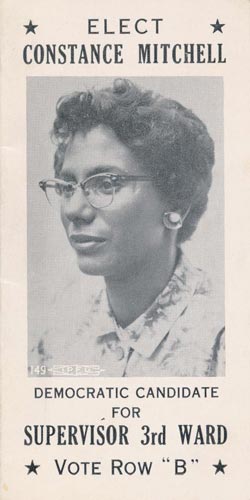 Constance Mitchell and her husband John Mitchell (predeceased 2013) were more than instrumental in shaping Rochester into a city that serves and care for all its residents.
I had the honor of personally knowing Mrs. Mitchell and her husband John. And was honored to be afforded their assistance in providing vital documentation and information in my writing of Silent Leader: The Biography of Dr. Freddie L. Thomas. 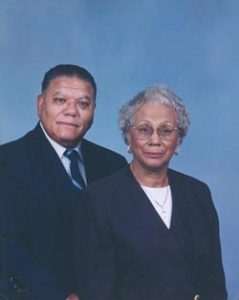 The Rochester Community will ever be thankful and find praise among peers because of the humanitarian efforts of the Mitchells.
Excerpt below from: Lauren Warren Hill: University of Rochester River Campus Library: Black Struggle Freedom Online Project
Biography
Constance and John Mitchell have been active in the Rochester community since 1950, the year of their marriage and the year Mrs. Mitchell moved to Rochester from her childhood home of New Rochelle, New York.
Mr. Mitchell's family migrated from New Iberia, Louisiana in the 1940s and Mr. Mitchell joined them in 1948 after completing three years in the Air Force, including two years in Guam. The Mitchells decided early in their marriage that they wanted to make a difference, and they committed themselves to lifetimes of active participation in social, civic, political and industrial arenas.
Soon after her move to Rochester, Mrs. Mitchell volunteered in the Baden Street Settlement outreach program to better living conditions for migrant farm workers in Sodus, New York.
Her subsequent involvements were a blend of her interests in civil rights, education, job creations and employment. Between 1961-65, she served two terms on the Monroe County Board of Supervisors (currently called the Monroe County Legislature) — the first woman and first Black to be elected thus— and with this service she became established as a leader in the community.
From 1964 to 1968 she was Director, Neighborhood Development, Montgomery Neighborhood Center. From 1968 to 1978 she served as Manager, Job Development & Training, Rochester Jobs Inc. She recalls as one of her most rewarding services her work, 1978 to 1989, as Program Director, PRISM (Program for Rochester to Interest Students in Science and Mathematics).
From 1964 to 1989 Mrs. Mitchell worked to develop the first citizen-controlled block clubs: Favor Street, Cady Street, and Champlain Street Block Associations. Over the years Mrs. Mitchell has participated on many civic and business-related boards including the United Way, Rochester Community Savings Bank, Rochester Gas and Electric Co., and Urban League of Rochester.
Mr. Mitchell began to work for Rochester Products Division (RPD) of General Motors in 1953. Before his retirement in 1988, his responsibilities ranged from machinist to Coordinator of Hourly Personnel to Coordinator of Salary Personnel, and Coordinator of Attendance Control. From 1967 to 1973, Mr. Mitchell served as GM's Loaned Executive to the community which included his serving as the first Executive Director of the Housing Council of Rochester. Over the years he has served on boards of many community organizations including Rochester Rotary, Men's Service Center, Hillside Children's Home and Boys and Girls Club.
Both the Mitchells were co-founders of Action for a Better Community and held leadership roles with the Urban League of Rochester and United Way of Rochester. Each contributed through numerous additional community involvements. They have long been members of St. Monica's Church. Among their most memorable honors was that of Goodwill Ambassadors of the United States.
In 1964 they traveled to England and spoke before a variety of groups including Rotary International, missionaries, students, and industrialists. For many years, the Mitchells have been widely recognized for their common dedication and mutual supportiveness in their lifetime of leadership and outreach to the community.
More Stories Like This 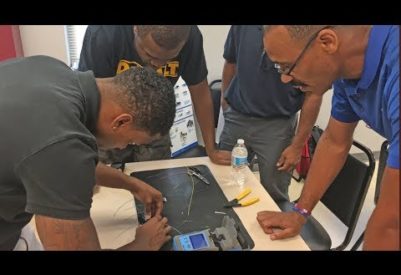 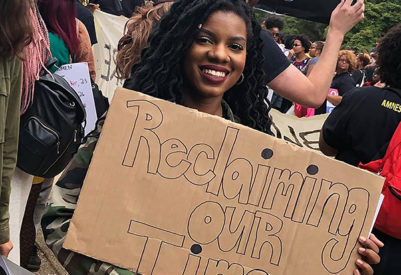 
BY LEAH SHAW
On Saturday Sept. 30th, both Tonya Noel Stevens and Kristen Walker of Rochester, joined thousands of women from across... 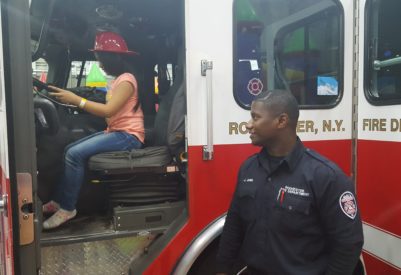