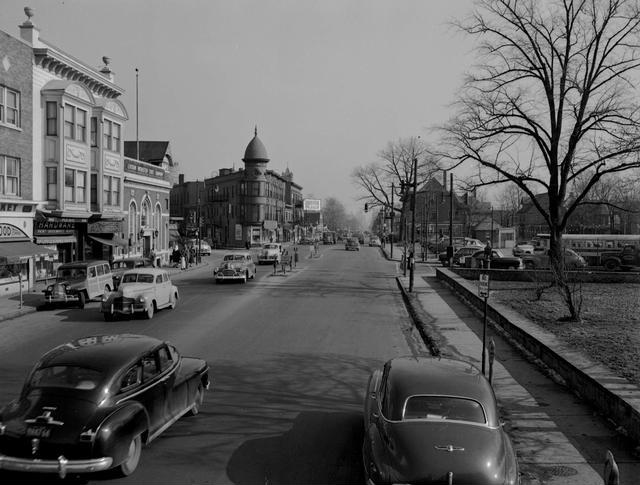 Cover photo: Bull's Head 1950
The Bull’s Head area marks the historic western gateway to downtown, according to the city of Rochester.
The area now targeted by the city’s redevelopment department is the center piece for the convergence of West Main Street, Brown Street, West Avenue, Chili Avenue and Genesee Street.
Revitalizing the area will definitely boost the appearance and residential profile of the 19th Ward Neighborhood and surrounding areas of Rochester’s Southwest District.
“The Bull’s Head area traditionally have been a retail and commercial center going back to the 1800’s,” says Dana Miller, city of Rochester director of Business and Housing Development. “It has fallen on hard times within the last twenty to thirty years. We’ve lost a lot of businesses and Housing. Mayor Warren is committed to revitalizing the area, so we’ve been working on a process over the past couple of years to acquire properties in the Bull’s Head area and a plan for its redevelopment that includes creating new housing, retail space and commercial space.” 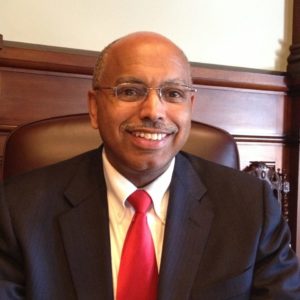 “However, at this point we’re still in the planning process,” he continues. “We had a public meeting on June 26, 2019, where we showed some examples for the twelve acres of space that comprise the Bull’s Head area to more than one-hundred people who showed up at the meeting. So, in terms of the project’s specificity, we’re asking for the community’s input. And at the June 26 meeting, they had this opportunity.”
To prompt responses, the city’s redevelopment team begin the meeting by reminding people what kinds of things that used to be there, and some people started yelling-out, there use to be a Wegmans, a Star Market, an AMT, Ralph Pontiac, O’Connor Chevy, and a department store, just to name a few. Then, the conversation shifted from ‘what was’ to suggestions for redevelopment of the area, when the attendees were asked: What kinds of things they will like to see going forward?
“A majority suggested the return of an RPD substation and some businesses that’s currently there want to stay and we’re working on that,” Miller acknowledges. “Another request is other options for groceries. Also, some offices there provide healthcare services and we want to continue those uses. And we know there’s a need for additional shopping opportunities in retail. Maybe they’ll be other kinds of stores we can recruit and maybe address some commercial issues like office space for entities looking to relocate to the area. When we talk about housing, probably because of the way the space is laid out, we’re probably not talking about single family homes but some opportunity for higher density houses that might be two or three stories but probably not more than four stories, ranging from affordable housing to some market rate housing,” Miller notes.
However, at this point the plan right now for the city is still acquiring properties. The next step is to perform an environmental investigation and testing to assess how much chemical contamination remain on the premises from past businesses like a gas station and a dry cleaner, before beginning the cleanup process.
“Once those stages are complete, which will most likely take us at least another yea,” Miller points-out, “We will be able to look at how we might develop the site. If you think about what we’ve done at other sites like the ones we created along the interloop, once we got them cleaned and ready, we advertise to the general community that we would like proposals for the site. The interloop all together was six acres. All the stuff being built on the interloop is only half the size of Bull’s Head. So, the plan going forward is to work with the community and the city after we get past the clean-up to really determine what proposals we will get and approve and what will be built.”
City of Rochester: More on Community Engagement
Community Engagement
The BHBOA Step 2 planning process will include on-going community engagement with multiple venues for public input and information sharing. As the project advances, project related public forums will be announced and advertised in an effort to maintain a high level of community involvement. Continued community involvement is critical to ensuring that the planning process is successful, and that the revitalization plan reflects a community supported vision. The Community Participation Plan provides general guidelines for community engagement during the planning process.
A Project Advisory Committee (PAC) will meet periodically throughout the duration of the project to assist with input on the various project components as they are addressed. PAC meeting presentations and summaries as well as other project related materials are made available to the public on this webpage and in hardcopy format at the following location:
Monroe County Library System - Arnett Branch Library
310 Arnett Boulevard, Rochester, NY 14619
585-428-8214
For hours of operation, please call the branch or visit the branch webpage
More Stories Like This 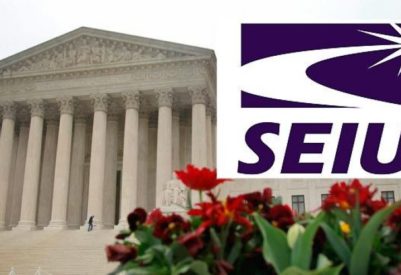 
By Federal and state laws, unions are required to equally represent all employees in a bargaining unit whether or not they are dues paying memb... 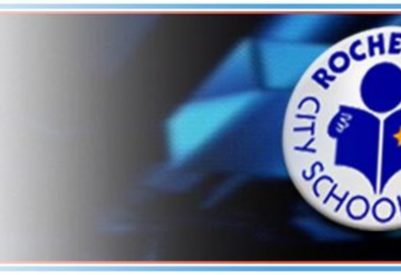 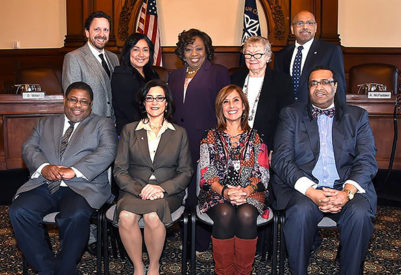 BY TIANNA MANON
Loretta Scott is excited about the city’s future.
The president of Rochester City Council was eager to spea...